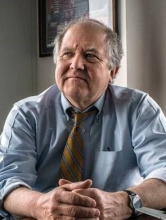 John F. Sopko was sworn in as Special Inspector General for Afghanistan Reconstruction on July 2, 2012. Mr. Sopko was appointed to the post by President Obama and has more than 30 years of experience in oversight and investigations as a prosecutor, congressional counsel and senior federal government advisor.

Under his leadership, SIGAR’s work has recovered, or otherwise saved the U.S. government almost $2.6 billion, secured 137 convictions, and produced over 500 reports. Mr. Sopko came to SIGAR from Akin Gump Strauss Hauer & Feld LLP, an international law firm headquartered in Washington, D.C., where he had been a partner since 2009 and co-leader of the firm’s congressional investigative practice.

Mr. Sopko’s government experience includes over 20 years on Capitol Hill, where he held key positions in both the Senate and House of Representatives. He served on the staffs of the House Committee on Energy and Commerce, the Select Committee on Homeland Security and the Senate Permanent Subcommittee on Investigations. After his work in the Senate, Mr. Sopko was recruited by the Commerce Secretary to manage the department’s response to multiple congressional, grand jury and press inquiries. While at the Commerce Department, Mr. Sopko was named Deputy Assistant Secretary for Enforcement for the Bureau of Export Administration, and Deputy Assistant Secretary for the National Telecommunications and Information Administration.

Mr. Sopko previously served as a state and federal prosecutor. He received his bachelor’s degree from the University of Pennsylvania in 1974, and his law degree from Case Western University School of Law in 1977. He is a member of the bars of Ohio and the District of Columbia.