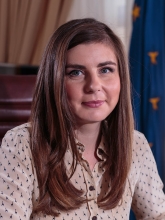 Ioana Petrescu is a Senior Fellow at the Mossavar-Rahmani Center for Business and Government and a Visiting Research Fellow at the Ash Center at the Harvard Kennedy School. Dr. Petrescu is a former Romanian Finance Minister. While minister, she pursued policies to cut tax evasion and tax avoidance, promote financial transparency, improve tax compliance, lower the tax burden for businesses and keep fiscal discipline. She also served in the government as an economic adviser to the prime minister and head of his delivery unit, where she monitored the implementation of the prime minister’s priorities in procurement, employment, energy and tax compliance. She is an international consultant on issues such as tax reform, central government delivery and local public services and runs the Center for Leadership and Innovation at the National School of Political Science and Public Administration in Bucharest. In the past, she also served as an expert for the European Economic and Social Committee in Brussels. She was an Assistant Professor at University of Maryland and she holds a Ph.D. in economics from Harvard. She published in various academic journals and newspapers. Her 2017 book, Essays in Taxation and International Relations, analyzes issues such as flat taxation and government revenues. Ioana’s research project, Democracy and Delivery: The Devil is in the Details, explores good practices in the delivery of public goods and services in new democracies characterized by corruption and clientelism, low paid bureaucrats, poor institutions, frequent political turnover, unclear legislation, and little transparency. Her faculty sponsor is Jeffrey Frankel, James W. Harpel Professor of Capital Formation and Growth at Harvard Kennedy School.