Human trafficking is not only an affront to human rights and dignity—it is also a criminal and security concern. It can fuel conflict by enabling armed and extremist groups to raise revenue and expand their power and military capabilities. Human trafficking can also drive displacement and destabilize communities, thereby exacerbating conflict and undermining development. When committed by security forces and peacekeepers, human trafficking undercuts the ability of international institutions to carry out their missions of promoting peace and stability. Yet, convictions for trafficking offenses are rare, programs focused on prevention and protection are under-resourced, and most efforts to address human trafficking are detached from broader conflict-prevention, security, and counterterrorism initiatives. The event will focus on the security implications of human trafficking, and steps that governments should take to reduce human trafficking in conflict and terrorism-affected contexts while promoting broader peace and stability.

The event will feature a presentation by: 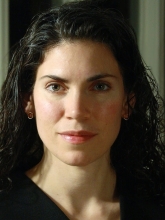 Jamille Bigio is a senior fellow in the Women and Foreign Policy program at the Council on Foreign Relations, where she analyzes how elevating the status of women and girls advances U.S. foreign policy objectives, including prosperity, stability, and security. In the Obama administration, Bigio served as director for human rights and gender on the White House National Security Council staff and advised the White House Council on Women and Girls on its international priorities. She led the interagency launch of the 2011 U.S. National Action Plan on Women, Peace, and Security, an effort for which she was recognized with the U.S. Department of State Superior Honor Award and the U.S. Department of Defense Secretary of Defense Honor Award. Bigio also served as a State Department senior advisor to the U.S. Ambassador-at-Large for Global Women's Issues, and was detailed to the office of the Undersecretary of Defense for Policy and to the U.S. Mission to the African Union. She previously worked for the United Nations to strengthen disaster management in Ethiopia and Iraq, and researched development, human rights, and displacement for the World Bank and the Brookings Institution.

Bigio has testified before the Senate Foreign Relations Committee and the House Foreign Affairs Committee, she has lectured widely, and her commentary and opinions have appeared in The Washington Post, Foreign Policy, and CNN, among other outlets. She is a Term Member of the Council on Foreign Relations and serves on the board of the Georgetown Institute for Women, Peace, and Security. Bigio graduated Phi Beta Kappa from the University of Maryland and received her Master’s degree from the Harvard Kennedy School.